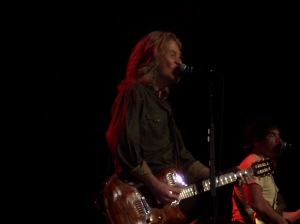 My friend, Richie, had given me a Christmas gift of tickets to a Hall and Oates concert at  Barbara B. Mann Hall in Fort Myers, Florida. I had been waiting to see them for years, and was delighted to be seeing them in a relatively small venue (seating about 1800 people) at last.

So, on a balmy Florida night, we left Sanibel Island, where we lived, and drove across the Causeway to the mainland. We arrived about 30 minutes early and took our eighth row seats. I looked around as people filed into the auditorium; although there were a few young people, most of the faithful appeared to be between 45 and 70. I started remembering the years when Daryl Hall and John Oates had their greatest successes; most of their big hits were in the 1970’s and 1980’s. So, it would follow that most of the fans at this show would be grey-haired Baby Boomers.

Richie and I were chatting about the band, when suddenly I was struck by a strong aroma wafting through the room. It seemed to grow stronger, and it was no longer just me noticing it. I looked at Richie with alarm, and said “Do you smell that?” He smiled, and nodding his head, said “Yeah, I do.”

“Do you know what that is?” I gasped.

“Yes. It’s BEN-GAY”, Richie said. I think he wondered why I was so upset.

“This is IT. We are officially OLD”, I moaned. “We are at a rock concert, and we are not smelling pot, we are smelling BEN-GAY”.

It was a sobering moment. There was no way we could disavow the evidence.Then we looked at each other and started laughing, really long and really hard. We continue to laugh each time we remember that night.

The concert was terrific; Daryl and John were in great form, as was their remarkable band. And my friend Richie and I learned that in order to age gracefully, you have to be able to laugh at yourself.

One thought on “The Moment of Truth”