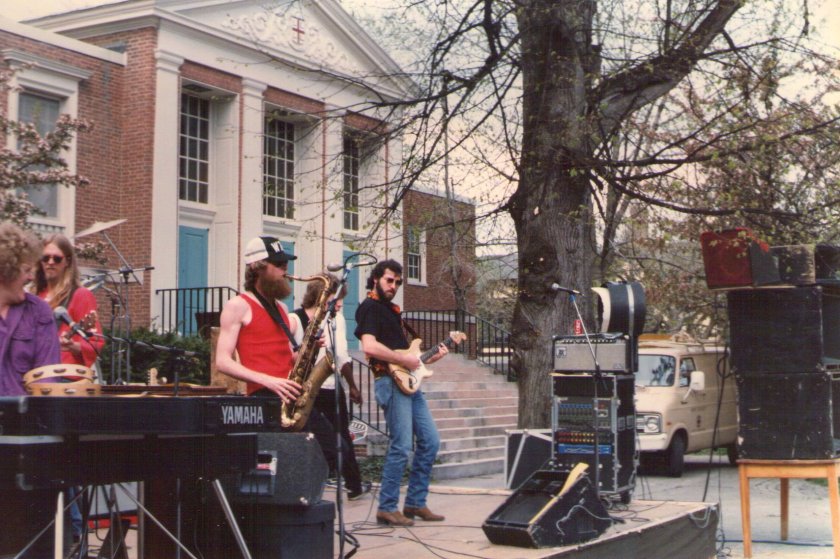 He was an imposing figure, at age 25. Paul stood about 6’2″ tall, and had a mane of dark brown hair, a full beard and mustache, and generous facial features.

When he strode onto a stage with his  Strat, he reminded his audience more of a  guerrilla commando than a musician. The instrument was strapped to him like a weapon: it seemed an appendage of his human form. He had full command of the guitar, and wielded it, more than played it. This control came from serious focus; he was an intense man with a mission. His ability to coax his instrument into melodic magic was hard-won.

Sometimes he closed his eyes, and seemed to be in  another place where his Muse must have led him. He was a consummate professional, and the music flowed like fine wine.

Out of the arena, when the show was over, Paul was a gentle and self-effacing man. His talent was irrefutable, but there was no arrogance or egotism. A true gentleman with manners to match.

I watched him play many times. He was charismatic, charming, and endearing. I became friends with the members of his band, the Hometown Rockers, and found them grateful recipients of my home-baked goodies whenever they returned to play in Portland. Paul called me “the Cookie Monster”.

I just learned that Paul passed away in January of this year. I feel lucky to have known him. I am sure he would have been surprised to know that he affected me as much as he did. It was not his way to assume. I have not seen him in many years, but I remember the electricity of his performances as if it were yesterday. Go with God, Paul. As they said in the movie: “You had me at Hello”.