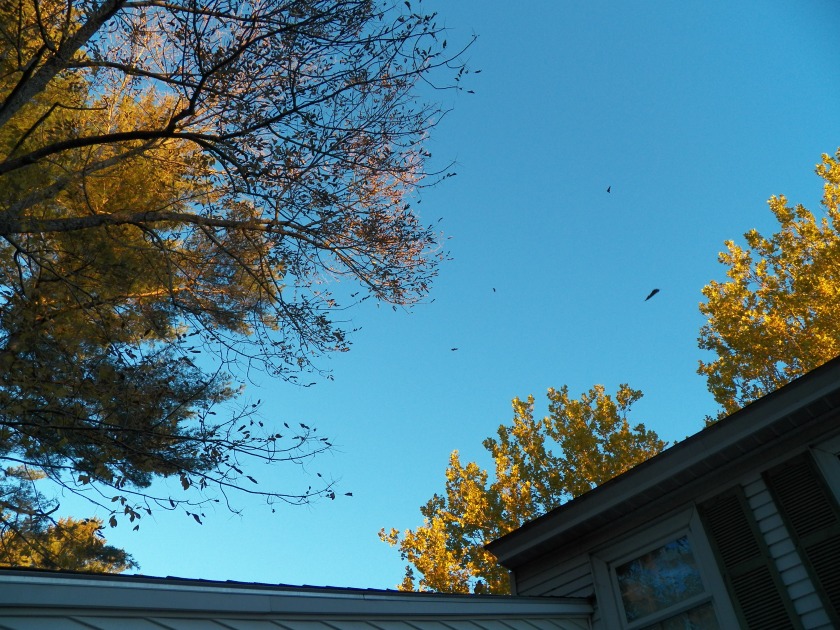 It’s funny, but I can remember the perfection of the sky that day. Most days in Southwest Florida have a similar quality; they seem to run into one another without much distinction: they are almost always sunny and bright. But this day, because of what it would bring forth, is etched in my memory. The sky was brilliantly blue and clear: an excellent September morning with no clouds on the horizon.

I drove over the Sanibel Causeway bridge into Fort Myers, heading for the local Real Estate licensing board’s office. Having passed the Florida  exam, I would now get fingerprinted and sign the documents to legally become a Realtor.

As I waited in the office for my paperwork to be completed, I heard a woman start talking excitedly from the room beyond the waiting area. She had spoken to her husband on the phone and he had told her that a small plane had hit one of the Twin Towers. The first thing that came to my mind was that someone who had just gotten a pilot’s license had veered off course and slammed into the building by accident. As the seconds passed, someone turned on a television in the office and the information started coming in that would confirm the awful truth that this was no accident.

What happened next seems, in retrospect, to have happened in slow motion. I partially digested the information that we were under some sort of attack, and could only think of getting home to the Island as quickly as possible to pick up my daughter from school. She was in the second grade. I called the school and, since I was a regular volunteer parent, was asked to come in and help.

I raced back to the Island and stopped at my home, where I encountered the two young men who were working on my pool. They were listening to their portable radio on the back of their truck. I invited them in to watch what was unfolding on the television for a couple minutes; we watched in silent shock together.

Then I went to the Sanibel School, and was told that for today, no one would discuss what had happened. The Principal and Staff had decided this was a subject for parents to handle as they wished, and kids could stay for the day or go home.If they stayed, there would be no mention or discussion of what was becoming something too frightful to imagine further. We adults looked each other in the eyes, but tried to seem as normal as we could to the kids. There was plenty of fear in those eyes, but everyone pulled it together when they walked into a classroom. No discussion. Stay focused. Put on a happy face.

I don’t know how we got through the next four hours, but we did. When school let out, we went home and I discussed the terrible day with my daughter. We talked about it, and its after effects, for many days. Eventually things in the second grade overtook the horror, and the kids returned to what would be their new normal.

America changed significantly that day. We all know how, and we all know why. The morning hours before the planes hit the Twin Towers, the Pentagon, and another plane crashed in a field in Pennsylvania, were the last hours of our ignorance and innocence. Most of us were ignorant of the evil that claimed those 3,000 plus lives. And most of us were innocent enough to have thought such a thing couldn’t happen to us in our homeland. Now we know better. Now we have been informed of how much the terrorists hate us, and to what lengths they will go to kill us and ruin our way of life.

I liked the early part of that September morning. There were no clouds on the horizon, and the sky was so blue.